Get Your Free Respiratory Self Massage Guide!

To breathe better again!
Thank you! Click HERE to get your free guide!
Oops! Something went wrong while submitting the form. Email kneadtotalwellness@gmail.com to get it resolved!

Being Healthy Finally Made Simple

Functional nutrition is the practice of considering every aspect of one’s health, diet, and overall lifestyle when giving nutrition recommendations.

Stick with our plans for life

This service is designed with the individual in mind.  Upon receiving intake forms and lab analyses, Dawn will review them and will discuss her findings with you. Her customized plans will support you to continue a healthy lifestyle after you work with her.

Be healthy, never look back

Dawn incorporates a “whole body” approach, meaning she doesn’t just focus on nutrition, a single lab marker, or diagnosis.  To heal the body effectively, all areas of one’s body and life are addressed. 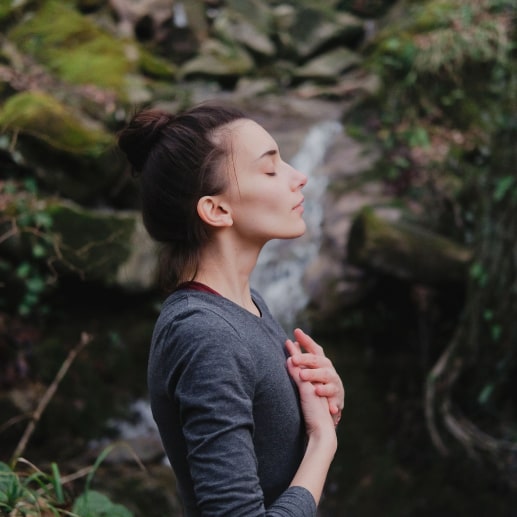 We know the science behind your body, let us help you

Did you know there is a direct correlation between respiratory health and digestive health? In the intestines, when the bacteria are not balanced, it may result in issues such as allergies, asthma, bronchitis, frequent colds and more. When the gut microbiota are working together in harmony and the intestinal lining is “sealed,” the conversation between the gut and lungs is much better and there is no room for breathing issues.

Did you know that over 300 million people in the world suffer from asthma and its prevalence increases by 50% every decade? Imagine what that number is when we combined all chronic respiratory illnesses! Additionally, over 200,000 people in the US alone die annually from some type of respiratory illness (not including COVID), indicating more research, education, and support are needed for improving outcomes.

Do you struggle with respiratory or digestive issues that you can’t seem to improve or resolve?

Dawn understands your breathing problems and can empathize with you because she has been there. 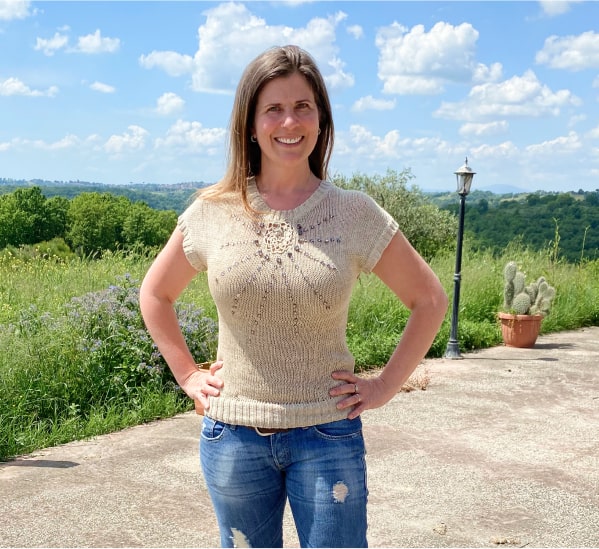 Dawn has suffered from chronic bronchitis since she was a toddler and was always on some kind of medication to eradicate it. Also, just before turning 19, she had her first asthma attack. She had no idea what was going on! Over the years, she was able to manage it well, mostly without medication until she moved to Italy. Shortly after she arrived in Rome, she began to suffer from small frequent asthma attacks almost daily and in less than two years had eight severe attacks that led her to the emergency room and being hospitalized as well. She saw doctor after doctor and the all continued to make recommendations for medications at higher doses than normal. At one point, she was taking in excess of SIX medications and yet, nothing seemed to reduce the frequency of the asthma and bronchitis attacks. No one was listening and she was feeling hopeless. She couldn’t breathe, was miserable, exhausted, afraid, had sleepless night after sleepless night and was so depressed that at times felt completely worthless. She couldn’t even have a conversation or walk from room to room in her home without being completely breathless much less clean her home, go grocery shopping, or even workout. After a three week hospital stay, she had to get to the bottom of what was going on and began to work with a functional medical doctor. This really supported her and began her journey into specializing in respiratory health. In conjunction with seeing a functional medical doctor, Dawn also saw a homeopath, chiropractor (traditional and AK certified),craniosacral therapist, and an acupuncturist while incorporating Biomagnetism, EFT Technique, Emotion Code, Brain Tapping, Graston, self massage, infrared sauna use, steam sessions with essential oils, and Donna Eden Energy Medicine. All of them supported her in different ways and in no way is she saying that this is needed for everyone, but for her when she was at her wits end and desperate…she was willing to do almost anything to get well –especially since she is a person that teaches others how to be well. She admits it has been quite the trek and she has discovered most of her triggers at this point and which techniques work best for her. She admits that some triggers are environmental and she continues to focus on healing her gut to support better breathing.

Because of her experiences, this led her to host the Breathe Easy, Breathe Well Virtual Event where she had over 30 experts share how to naturally manage and treat respiratory health conditions. The number one comment received from the attendees was “ IHAVE HOPE!” Dawn wants that for YOU too and she wants to support you step by step on your walk (or run!) to wellness. Since hosting her event, she has also been a guest speaker on several other summits sharing her expertise on the link between gut and respiratory health.

Dawn has been where you are. She knows what it’s like to wake up panicked because she can’t breathe and the breathing machine or prednisone is not nearby. She knows what it’s like to have a pulse ox of 80 and an arterial blood gas of 61. She knows what it’s like to walk “tripod” (bent over) because standing up straight makes breathing more difficult. She understands the fear that comes along with not being able to breathe is enough to cause a panic attack and restrict breathing even further. She has learned through her own trials and tribulations what works and what doesn’t. She will support you to get to the root cause and get you to breathing better in no time! She has seen results with previous patients in as little as SEVEN days!!! If you’ve ever suffered from not being able to breathe well, even for just one day, she will get to the bottom of it and offer proven solutions to get you breathing easy again.

Dawn is a US Army veteran that hails from Fredericksburg, VA and Galveston, TX. She owns and operates Knead Total Wellness(formerly Knead a Massage). She is a functional nutritionist and medical massage therapist and has been in the wellness field since2006. She utilises her expertise in medical massage to support those with respiratory illnesses as she has found many types of massage, both self massage and by a therapist, to be effective at opening the airways.

Dawn had wanted to be in the wellness field since she was a child and other than always wanting to be a massage therapist, she was also highly interested in physical therapy and orthopedic surgery. After exiting the military and completing her schooling in medical massage, she continued to pursue other avenues in the wellness field. While finishing up pre-reqs for a doctorate in physical therapy, she was in a car accident that completely rerouted the trajectory of her life and landed her in a masters program for nutrition and integrative health. She had always had an interest in it, but never thought to pursue it as a career. For her, that car accident was one of the best (and at the time felt like the worst) things that ever happened to her. She found a passion in it that she didn’t know existed. Since then, she has been full steam ahead with nutrition in conjunction with massage therapy. 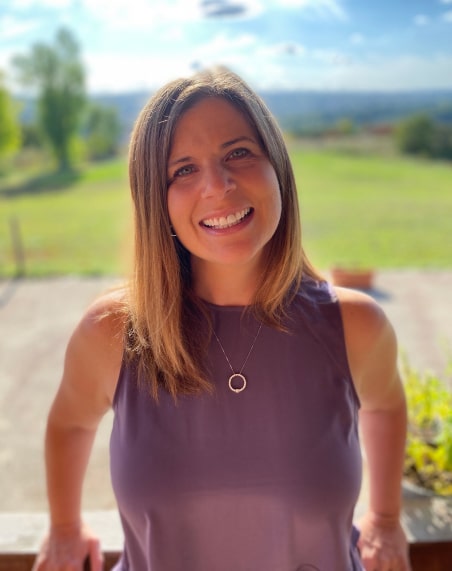 Getting Started Is Simple

It’s time you put yourself first and prioritize your health and wellness.

Oftentimes we put others before ourselves and our wellbeing. If you are struggling and have been for awhile, how has that been working for you? Do you want to continue the struggle or are you ready to breathe easy and breathe well everyday?

Click HERE to get access to Dawn’s calendar and schedule your free strategy session to determine if she is the practitioner for you. This call is 30 minutes and is utilized to meet and get to know each other, as well as to get a bit of history on your health concerns.

Once you have decided that Dawn is the practitioner for YOU, the journey begins.

Dawn will ask you for some documents as well as have you fill out some intake forms. If additional testing is requested, this should be completed immediately as not to interfere with getting your individualized plan created and on your way to breathing easier. 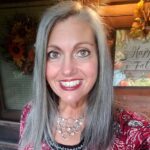 "Seven years ago, I had a psoriasis-like rash cover my whole body. I went to dermatologists, allergists, and had numerous tests done to correctly diagnose and treat the symptoms - to no avail. After years of doctor after doctor telling me the rash was like nothing they'd ever seen, I resigned myself to the fact that I would endure this the rest of my life. Then Dawn began to work with me, and I followed her simple suggestions.."Why not?", I thought. I could not believe the change a couple of weeks after following Dawn's instructions! The rash is 90% better and is drying up. I'm grateful for Dawn's holistic expertise that made such a huge difference in my quality of life." 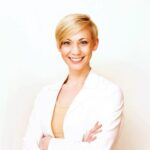 "Dawn is fantastic! I was having some serious muscle issues with my right shoulder and neck and after she worked out all the knots, I felt like Gumby! I highly recommend booking a massage with her." 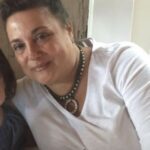 "THE GUIDANCE GIVEN CHANGED MY LIFE!"

"I initially started with Dawn as my massage therapist and just by talking to her in those sessions, I was convinced I needed to make lifestyle changes. From my first visit with Dawn and Dr Coetzee at Natural Healthcare Center, it was evident how well educated and informed they are in their field. The guidance that was given has changed my life! I have lost a significant amount of weight and my severe gastro issues are gone not to mention I’m off all meds for reflux and high blood pressure. I will be forever grateful for all their help." 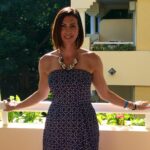 "I CAN ALWAYS COUNT ON HER!"

"Dawn has the hands of a magical goddess! Her knowledge and skill set in massage therapy and nutrition is AMAZING! I know whenever I see her to either get kinks out of my back or get healthy recipes, I can always count on her! Thank you Dawn for helping me to live a happier, healthier life! You rock!!!!" 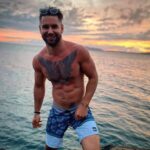 "Dawn is magical with her hands. I screwed up my back and tailbone jumping off a bridge and within one session with Dawn I felt like a new man. She not only helped relieve my pain but even gave me a couple exercises and stretches I can do at home to make me feel better. She allows you to feel very comfortable around her and is extremely knowledgeable. I would seriously recommend her to any of my friends or family. 5 stars all the way!!" 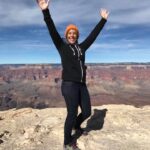 "VERY KNOWLEDGEABLE AT HER PROFESSION"

"Dawn is terrific. She is extremely friendly but also very professional. She starts off by asking questions regarding health, any problems , and trouble areas. She is very knowledgeable at her profession. She explains what she is doing, why and how it will help. The massage was tailored to my needs. I would and have highly recommended Dawn."

One on One Nutrition Coaching

Upon receiving intake forms and lab analyses, Dawn will review them and will discuss her findings with you.  She will also ask about your goals and design a program to meet them in a realistic, timely manner.  She incorporates a “whole body” approach, meaning she doesn’t just focus on nutrition, a single lab marker or diagnosis.

As we know, people will often reach their health goals and maintain them when they have a great support network.

If you or someone you love is ready for a step by step process to improve your breathing and will support you with both individual and group calls, this is for you!

WANT TO SEE HOW DAWN CAN SUPPORT YOU?